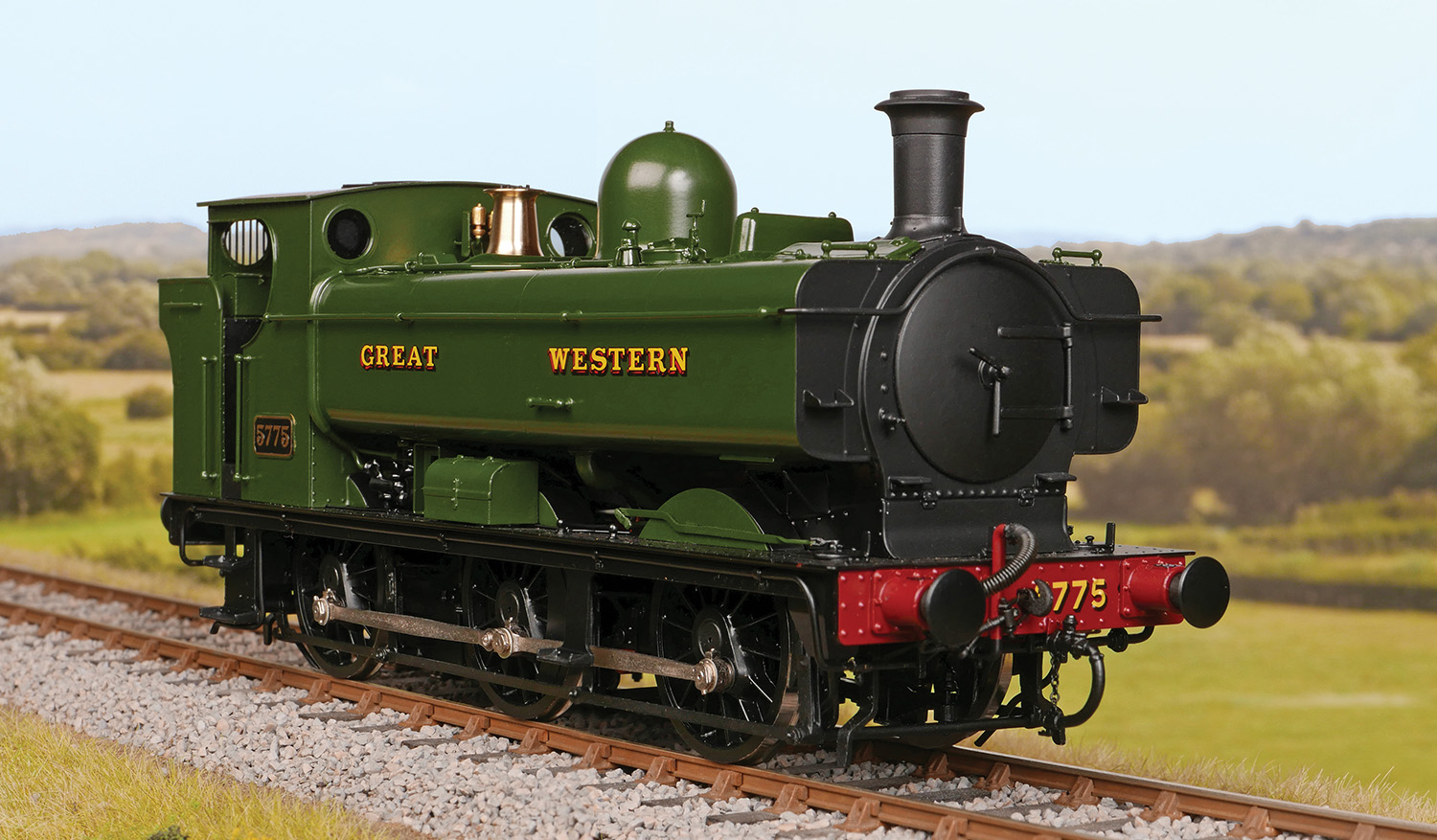 Our models of the much-loved, numerous and ubiquitous GWR/BR 57XX/8750 0-6-0 pannier tanks were announced some time ago and a great deal of research and preparatory work was done behind the scenes following extensive consultation with our panel of highly-respected GWR experts, including Bob Meanley of Tyseley Locomotive Works where Mainline Certified 57XX 9600 and ex-LT L94 (7752) are based.

There has been strong demand for these models models have now been built and we are presently restricted to supplying only what is in stock or can be adapted to suit specific customer requirements.

True to Masterpiece Models standards, all the models feature fully working inside motion, a highly detailed cab interior, opening smokebox door with tubeplate and blast pipe, as well as split-axle pick-up through the hornblocks. On the 57XX engines (early style cab) the roof can also be removed to reveal all the cab detail, also making it easy to install a crew. A new and beautifully engineered drive-train not only delivers superb running, but also frees space for features such as the detailed smokebox interior, even when optional DCC sound is fitted.

We believe this to be the best and most highly detailed ready-to-run 7mm scale 57XX pannier tank that you can buy – a must for all Great Western and BR Western Region aficionados.

To make sense of this build it was necessary to restrict the number of variables:
• Earlier or later styles of cab
• With or without steam heating
• With or without ATC
• Riveted (originally fitted to Kerr Stuart engines) or flush tanks
• With or without top feed
• Polished or painted safety valve bonnets
• With or without cab shutters and doors
• With or without additional bunker steps and handrails
• Smaller or larger whistle shields, or none
• Brass or cast iron number plates
• The engines built by outside contractors carry appropriate builder's plates.

As the class was ultimately so large (863 engines) we are not able to research individual engines on behalf of customers. Instead, we recommend buyers find a photograph of their chosen engine in the appropriate period and check to see if we can supply one in that configuration from stock. Otherwise the choice is now limited to what we have available.

For the sake of simplicity we did not build 9701-10 which were condensing engines of a different design, neither did we build the 6700-59 series which appeared only with steam bakes and three link couplings. Also excluded were engines 5768 and 5770-78 which had different boilers featuring an external steam pipe running from the dome to the steam fountain. No engines were built fitted with spark-arresting chimneys.

Engines currently in stock include a good choice in GWR green and black liveries – both 57XX and 8750 locomotives. For BR-liveried engines the choice is now more limited. We have a few BR lined black engines, as used on Paddington empty stock workings, plus some BR plain black engines. We are now down to our last very few Scale7 locomotives and we will not be able to produce any more in this gauge. We also have no GWR livery rivitted tank engines left.

Due to strong levels of interest we produced 22 highly distinctive London Transport panniers in their lined Metropolitan dark red livery. One of our advisors grew up with these locomotives and has extensive first-hand experience of them. They featured LT trip-cock apparatus, revised cabs and rainstrips, LT-style lamp brackets, reporting number frames and red-painted coupling rods. Certain items were removed by London Transport, so the LT locomotives have not be fitted with numberplates, steam heat or vacuum pipes or cab shutters. Due to the fact that the livery colour and other aspects of the first two panniers acquired by LT (the first L90 and L91) were different from the later engines, we did not make these two locomotives. We have now sold all the 22 LT engines but have asked the builders to make us 12 more which we hope will arrive in 2020.

BR-liveried locomotives are fitted with smokebox numberplates and the shed code plate of your choice.

If you would like an engine please contact us first with your requirements and we will see whether and how we can meet your needs. You can also reserve your engine using the form below but we cannot guarantee to provide what you request as we only have what is left in stock.

As all the models are now ready to deliver, payment will need to be made in full. EU Customers can enquire about paying in Euros.

Delivery by courier within the UK is free of charge, and to the EU and the rest of the world it is £60. 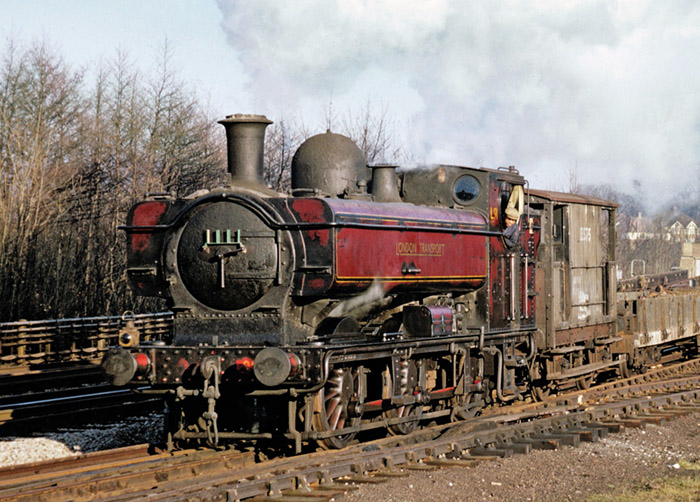 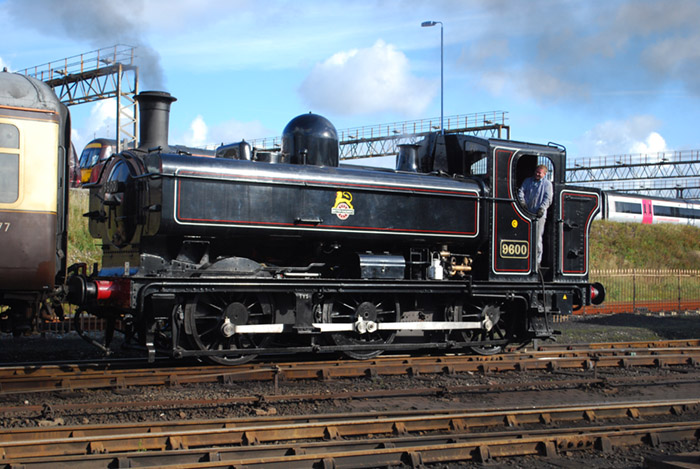 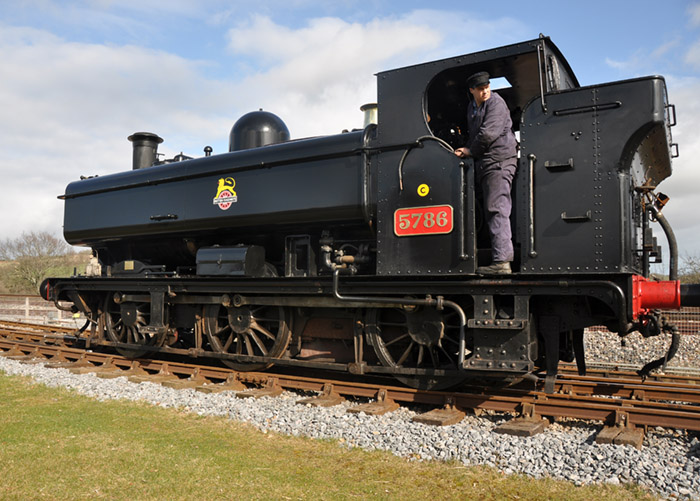 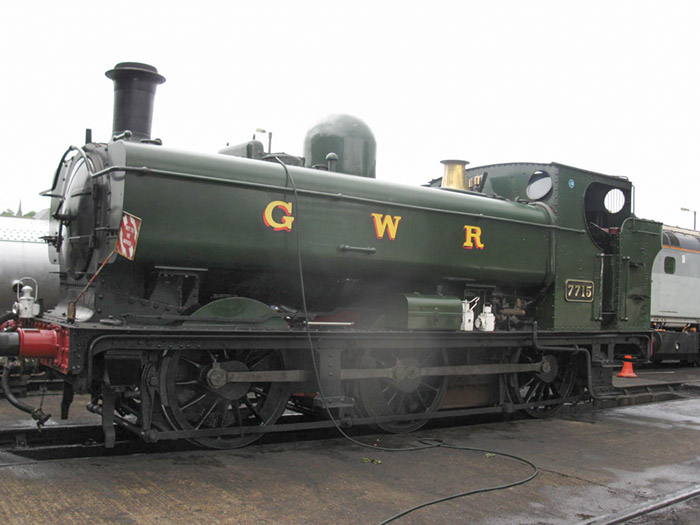 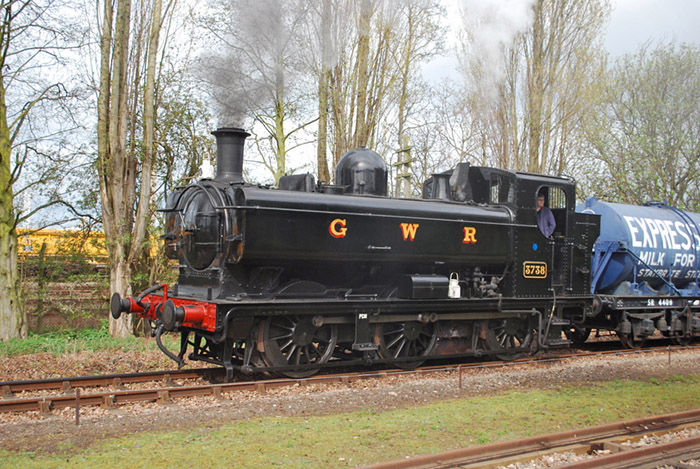 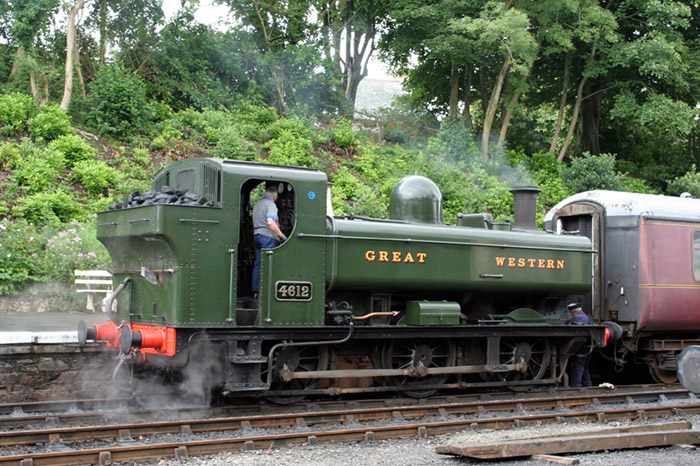 57XX / 8750 Pannier Tank Reservation
Use this form to enquire about availability of the GWR/BR pannier tank that interests you. We will then contact you to let you know if we can supply a model to your specification.