We are looking forward to seeing our many friends and customers at the Kettering Show on Saturday 7 March. Sadly last year we were unable to travel to Kettering due to the exceptional winter snow, but this year we will be there as usual. Please come over to see us to look at what we have on the stand and discuss your modelling interests.

We look forward to seeing everyone there on Saturday.

The Factory Resumes Production of the Western Diesel

We are pleased to tell you that the production of the Class 52 western diesel-hydraulic locomotive has restarted in a new factory. The bodies, the cab interiors and the outside bogie frames were recovered virtually intact from the fire and work has started on replacing the items damaged or destroyed in the fire. There remains much work to be done. We need to think in terms of a delay of up to 6 months in the production programme. We hope to have the engines finished by the end of the year (2020!).

Recovered Items from the Fire
We had two 14XX/58XX engines and our special demonstrator 45XX Type 1 plus 6 LT 57XX Panniers and one 67XX Pannier special dock shunter in the factory at the time of the fire. It is believed that all of these engines can be repaired from the smoke and fire damage. We also believe the Umber Brighton H1 Atlantic sample locomotive featured in our advertisement on the back cover of the latest Gauge 0 Guild Gazette can also be recovered which is excellent news.

Atlantics Programme
So far we have had about 30 enquiries / expressions of interest in the GNR/LNER and Brighton Atlantic Programme. While this is encouraging and supportive of resurrecting the build, we would still like to hear from you what you would us to build in terms of Atlantic type and livery so we can work out a revised programme to evaluate as a build. So far the ratio of Brighton to LNER/GNR engines is 2:1. We think there must be more demand out there for the LNER/GNR engines, so if this is what you want please contact us and tell us what you would like. If not your engines may never feature in the programme. If you want a Brighton engine either an H1 and an H2 or even the engine used by Bulleid as a testbed for his Leader class (Hartland Point), please also let us know.

Halls, Modified Halls and 28XX/38XX 2-8-0 Tender Engines
Tenders for these engines are being sent off to the paint shop while the loco bodies and chassis are still being built. This build programme is not affected by the fire.

Our builders have now spent a week recovering as much as possible from the burnt-out factory in Incheon. It seems that the Western Diesels have miraculously escaped with mainly smoke damage . One or two small parts awaiting fitting were lost, but they can be re-cast fairly easily and the models will be completed as soon as feasible. Next week the production will be transferred to a new factory in the Incheon area and work will restart.

The fire damage to the Ex-Kemilway LBSCR/GNR Atlantics was so severe there is nothing left except twisted, burnt metal. Realistically, if the Atlantics are to be built we will have to start again from the beginning, but we will first prioritise the Western Diesels.

We realise this is a big disappointment for all of you who have reservations with Kemilway Models and those who have more recently sent in expressions of interest. We have to be realistic and make a recovery from our existing situation before we embark on a new model programme. We ask you to be understanding of our position and be patient with us.

Shortly before the time of the fire we were considering taking over the Atlantic programme from Kemilway. The deal depended on three conditions being met: (1) a clear itemisation of the customer and supplier debt position at Kemilway on this programme; (2) modification of the production programme to accommodate the Brighton H1 and H2 models, also adding BR livery and configuration; (3) acceptance of a phased programme by the builder. None of these conditions had been met at the time of the fire and they have now all been overtaken by this event with the total destruction of the stock.

The fire has been a big setback for us but at least no one was injured. We will recover from this situation, even if it takes some time.

We will be in the Scale7 Village part of the show and in addition to our usual stand we are planning to have two dioramas for you to examine and enjoy. We will have both O Gauge and Scale7 models on display, so please do come and see us on our stand. We look forward to seeing as many of you as possible.

It is with great regret that we have to announce that a fire broke out in the Incheon (South Korea) factory of one of our builders earlier this week. Thank goodness it appears that no one was injured in the fire, but extensive damage was caused.

Although it’s too early to be absolutely certain, it seems that the cause of the fire was a fault in the electrical system. Fire swept through part of building destroying virtually everything in its path. In addition there is water damage from the firemen fighting the fire.

The only Masterpiece Models affected by this are the ex-Kemilway LBSCR and GNR ‘Atlantics’– the build of which we had been hoping to take over subject to assessment – and the Class 52 ‘Western’ diesel hydraulics.

Fortunately the Class 52 ‘Westerns’ were in a part of the factory which mainly suffered from smoke damage rather than the full effects of the fire, so we understand they were not seriously affected. Very sadly, however, all the ex-Kemilway ‘Atlantics’ have been completely destroyed, together with a full set of Gauge 1 German outline coaches being made for one of the builder’s other customers. 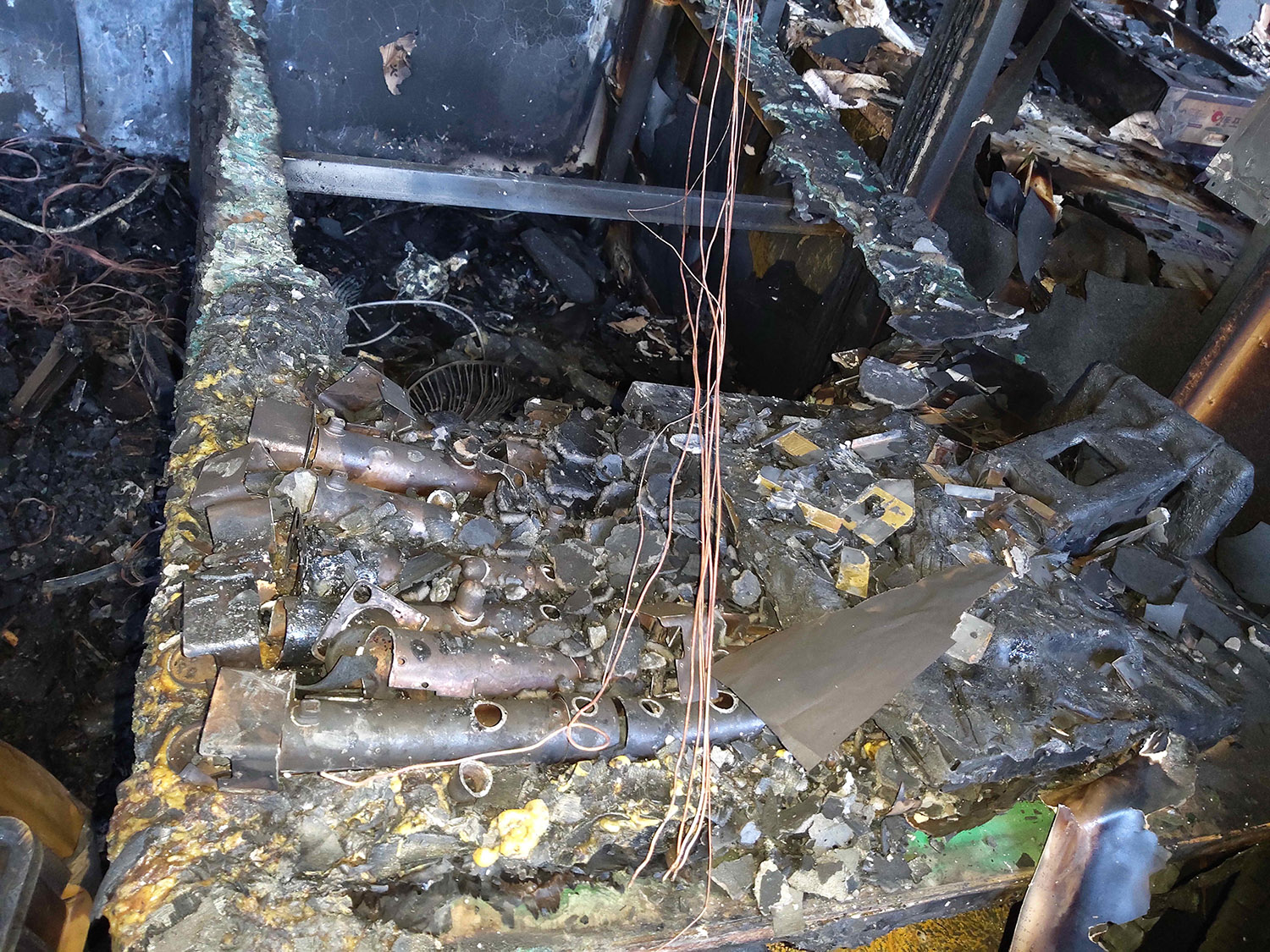 Insurance claims are now being filed to recover the losses, but where does this leave us – and more importantly our customers who have placed orders for these models?

Well, the outlook is not as bleak as it may seem. The ‘Western’ diesels will be moved as soon as possible to a new factory where the builder was planning to relocate anyway in February. This may result in a slight delay to the production while the builder gets back on his feet, but barring any complications we are still optimistic that the models can be delivered in 2020.

As regards the ‘Atlantics’, we had already put a considerable amount of work into the programme having received a very positive response from potential customers after we announced the possibility of taking over the Kemilway build. As a result, we are now looking at restarting the ‘Atlantic’ programme from scratch, which means that we would be able to build the models to full Masterpiece Models standards from the outset.

The Halls, Modified Halls, 28XX/38XX and rebuilt BR/LMS 7P 4-6-0s are not affected by the fire as they are being made at a different factory on another site. The Standard Class 5 is also not affected.

These are early days and a full assessment of the fire damage is ongoing. We will continue to update you when and as we receive further news of developments. Our intention is to proceed with all the builds for which we have made commitments.

See us at the Bristol Show

Do come and visut us at the Bristol 0 Gauge Group show on Sunday 26 January.

As well as an extensive display of current Masterpiece Models we hope to bring two interesting dioramas to display the locomotives and demonstrate them working.

The venue is the University of the West of England, Filton Road, Bristol BS34 8QZ, and the show is open 10.00am to 4.00pm. Free parking is available and it is planned to run a half-hourly bus service to the show from Bristol Parkway station.

You will find our stand in the 'Scale7 Village' area of the show (We still very much cater for finescale 0 Gauge as well as Scale 7!)