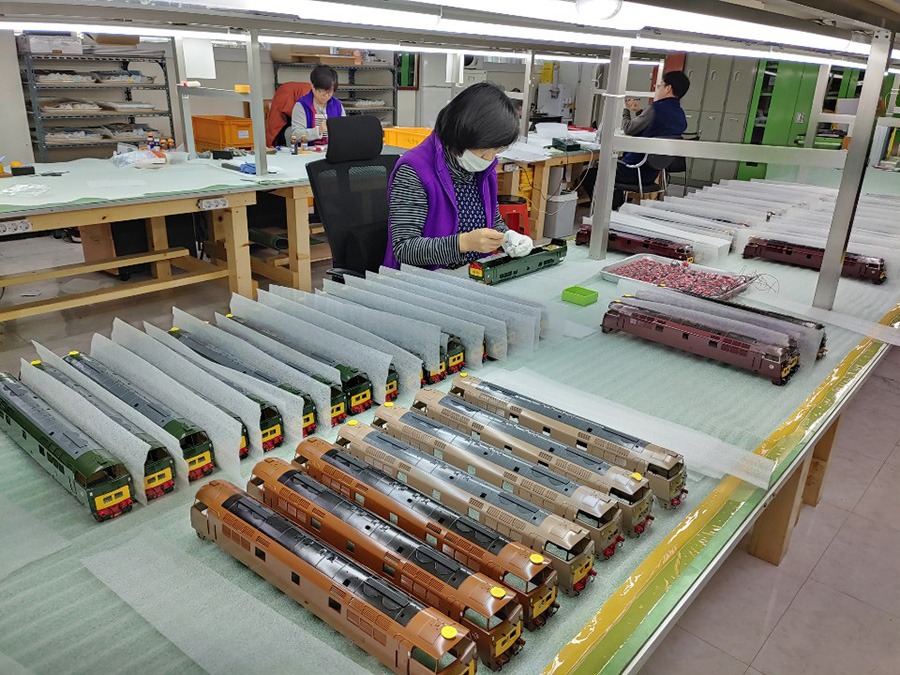 We recently received some pictures of the Western Diesels painted bodies. We would like to share the good news of these developments with you so that you can see the progress that has been made in recent weeks. The pictures cover all the main livery variants: 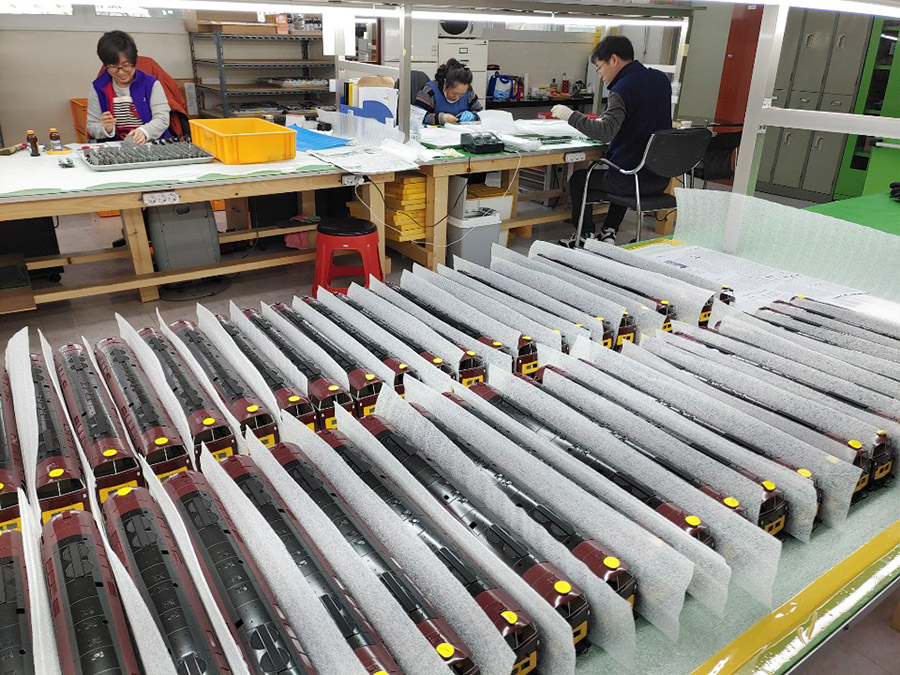 The bodies still need to be fitted out with opening doors, windows, windscreens, the illuminated headcode boxes, external lighting, cab interior details, lighting and engine room details. We also have the two crew members, a driver and a second man to fit into the cab at one end. 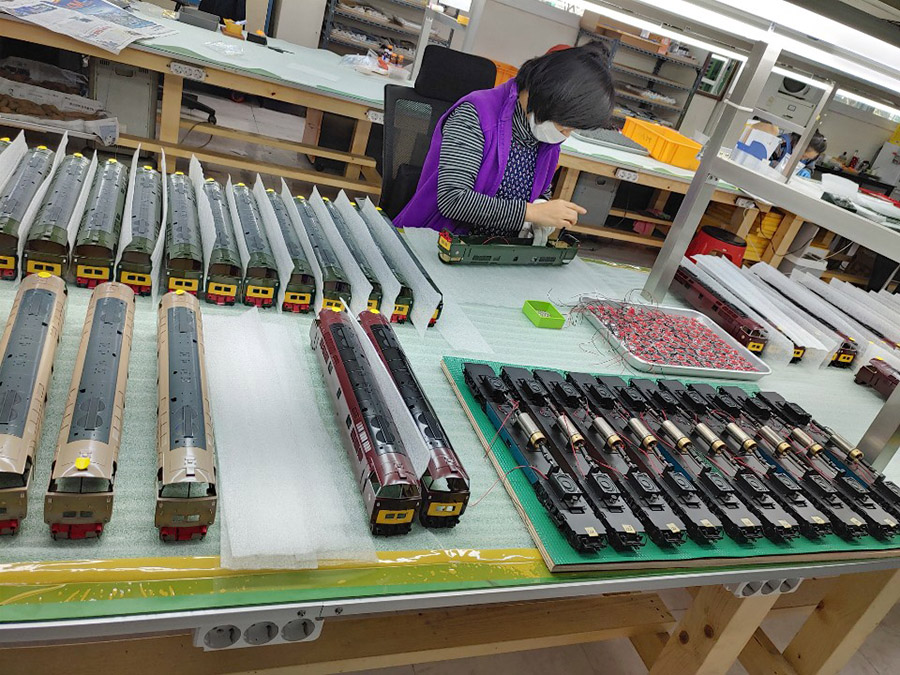 In addition, we have the very large drive motor and flywheel, two flexible coupling drive shafts and two gear boxes connecting into the 6 individual helical gearboxes driving all 6 axles, plus the decoder and two loudspeakers. These items are hidden from view by the detail of the Maybach engines and cooling groups. A huge amount of sophisticated equipment has thus been ingeniously accommodated in a comparatively small space.

Everyone assumes that a model diesel locomotive has masses of spare space inside the body. This is not true of the Masterpiece Models Western diesel that scarcely has any spare body space so packed is it with equipment and components! 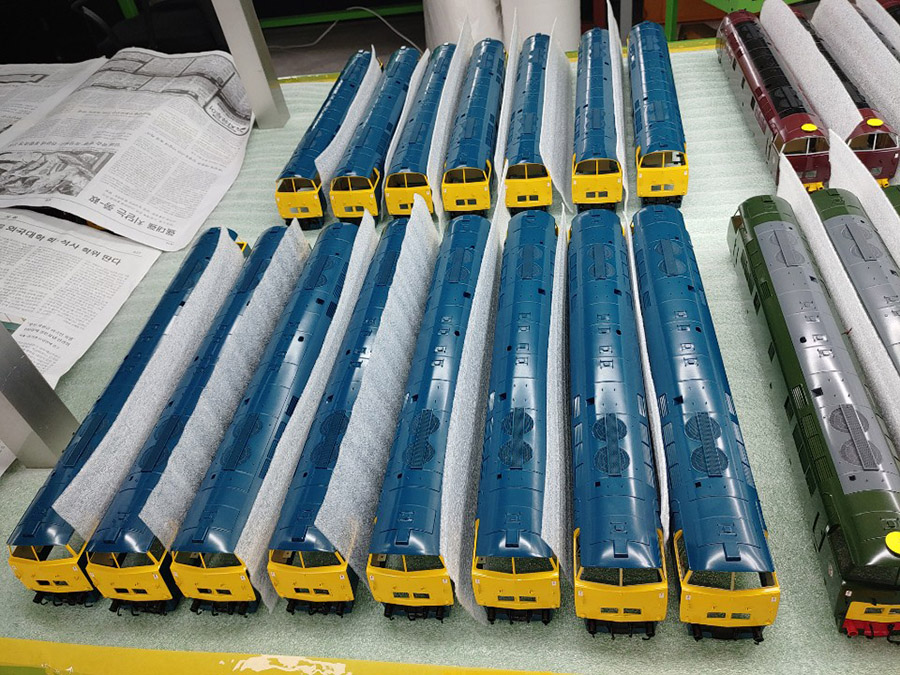 The underside of the body also has all the fuel tank and pipework detail which really captures the feel of the prototype.

The chassis units have now all been assembled and, once the body assembly has been completed, the bodies and chassis can be united to make up complete running locomotives. We hope to get the work completed over the next two months.