The best 'Battle of Britain' of all..?

The team at Masterpiece Models spends most of the time fully focused on current build projects, several of which are reaching their final stages with others now in development. It therefore provides a very pleasant interlude when a model from one of the earlier Masterpiece builds comes our way and we have the chance to look at it again with fresh eyes.

Just such an occasion cropped up this week when a customer who is downsizing asked if we – or anyone else we knew – might be interested in his Bulleid unrebuilt 'Battle of Britain' light pacific. But this wasn't just any BoB – it was 34066 'Spitfire', possibly the greatest of them all. 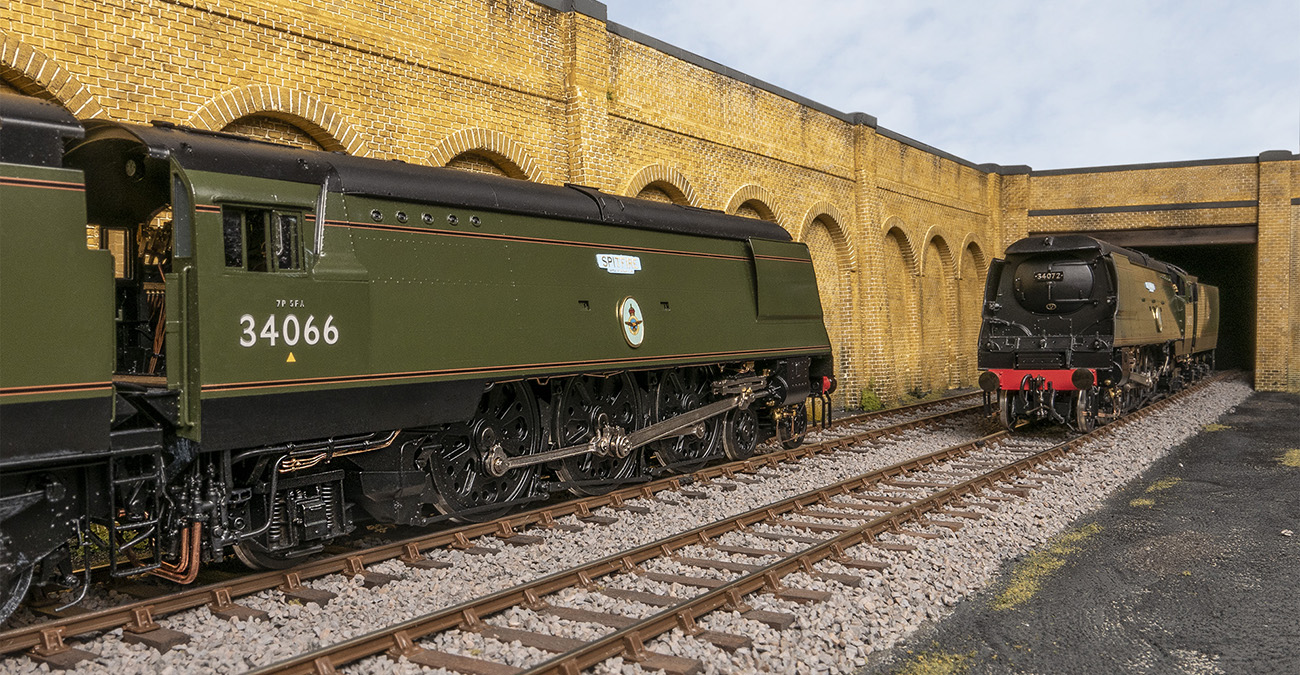 It's easy to forget just how impressive these models were, but we spent a most enjoyable afternoon photographing it in a variety of settings. As well as all the usual Masterpiece Models features, the Bulleid Pacifics incorporated working electric lamps and they really come to life after dark. We had a bit of fun with this – with all lamps blazing, even though we couldn't pretend it was working a Royal Train, it had distinct echoes of the English part of the 'Night Ferry' Victoria - Paris sleeper. 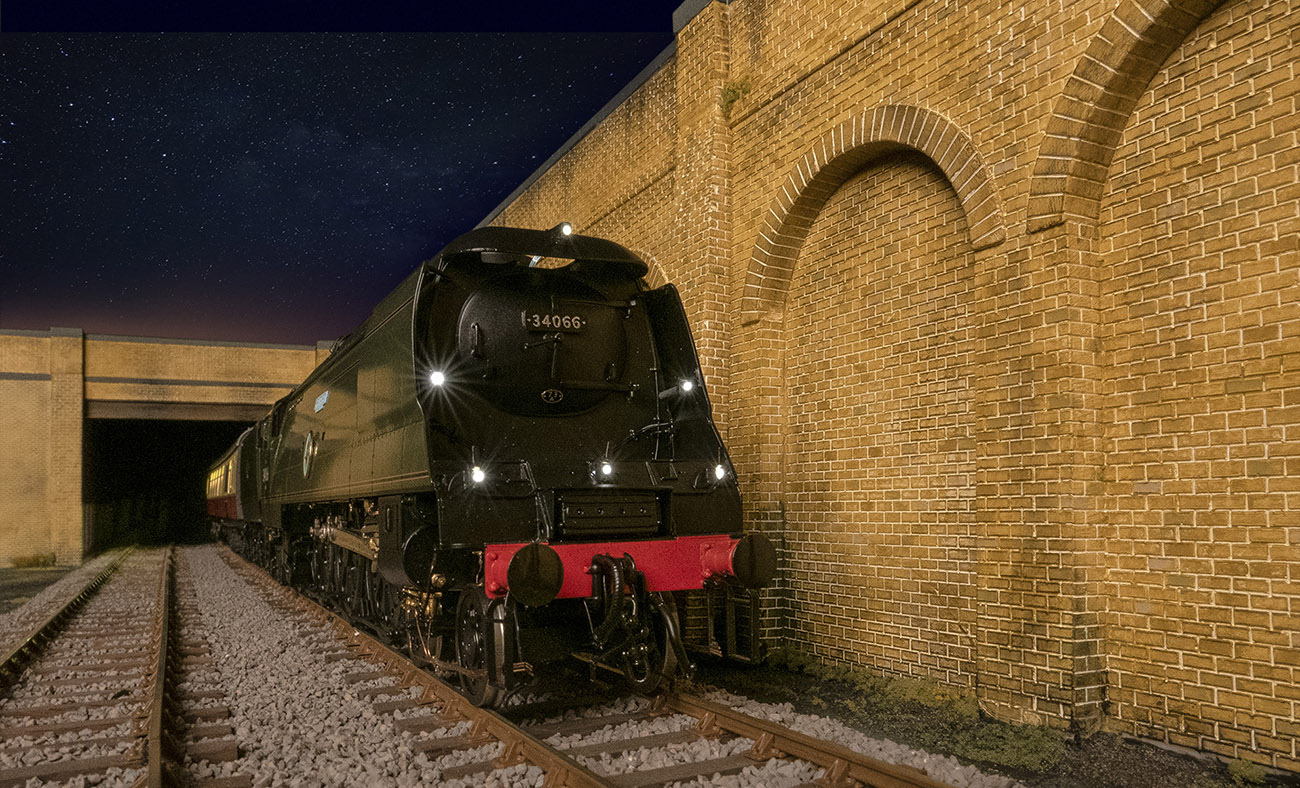 Unsurprisingly this model was snapped up by a collector, but it does make the point that it's worth keeping an eye on our 'Pre-Owned Models' page where gems like this occasionally become available.