45XX/4575 – The final models
A recent flurry of purchases means that our stock of 45XX (flat tanks) /4575 Sloping tanks is now down to JUST FIVE MODELS, two in GWR livery and three in BR livery: 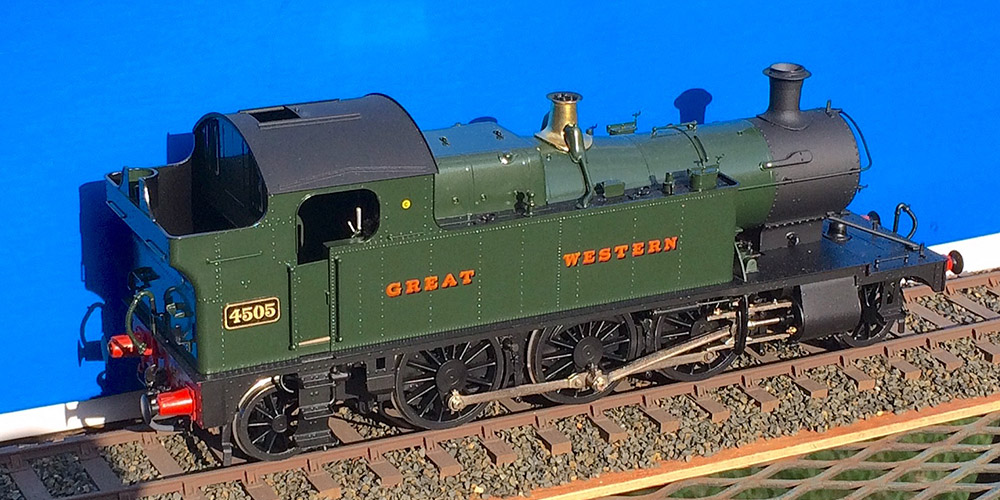 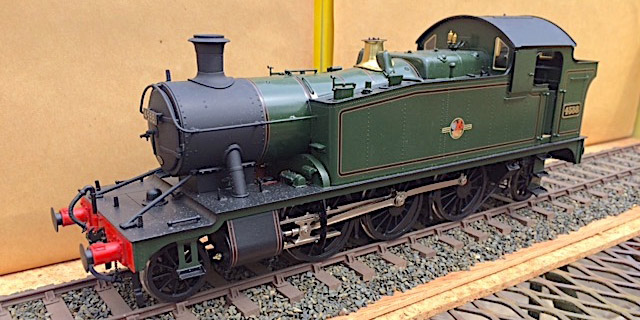 At this stage it is no longer possible to switch gauges, as we have insufficient spares to undertake this work. So the models are only available in their current configuration and gauge.

Please note that there are no more models available at the factory or our warehouse, so when these are gone, sadly they have all gone.

57XX/8750
We have a good stock of 57XX especially in Great Western Liveries (green and plain black). We have a few BR riveted 57XX engines left and some London Transport Panniers in the very attractive LT red. We can now only supply LT engines in O gauge finescale.

8750s are available in GWR (green and black), BR mostly back feed engines and two top feed locomotives in the attractive BR lined black as used on empty stock working at Paddington.

We are down to our last two Scale 7 locomotives: one 8750 chassis and one 57XX chassis.

70XX Castles
The last 50XX double chimney Castle, 5092 Tresco Abbey, has now been sold, but we can still offer a double chimney 70XX Castle with the mechanical lubricator in the forward or standard position (behind the RHS steam pipe). There is a good choice of single chimney 70XX Castles in most configurations and and BR liveries. We can no longer offer 7005 Sir Edward Elgar as the final set of nameplates was recently sold on a single chimney engine. Sadly no more plates are available for this engine. Very few Scale 7 locomotives are now available.

47XX 2-8-0
We have a reasonable choice of GWR plain green engines, but choice of BR types is now more limited. Some BR plain black engines remain, but all the lined black models of 4702 have now been sold. A very limited choice of Scale 7 locomotives is now left.

Western Diesel
A number of small components for the Western diesel were damaged a in the factory fire earlier this year and these have now been re-made. A new set of motors to replace those lost in the fire has also been delivered. Work continues to get the components ready for painting. If have not yet made a reservation and you want a Western in a special livery other than:
• Green with small yellow ends
• Maroon with small yellow ends
• Blue with full yellow ends
Please contact me as soon as possible as otherwise it will be too late.

28XX/38XX 2-8-0
The bodies and chassis for these engines are now being built as the tenders have been completed and painted. There are still some 28XX – both BR and GWR square frame and curved frame – available, but there are very few 38XX locos left. So I you want a 38XX please let me know as soon as possible, especially GWR engines, as it may be necessary to reshuffle the build to accommodate this. There is very little time left to undertake this change.

Collett Hall and Modified Hall
We increased the Collett Hall build to 54 locomotives with a few left in both GWR and BR liveries. These are mainly 49XX and 69XX types (BR). The Modified Halls production has been increased from 15 to 24, so there are a few extra available. Half the Modified Halls will be fitted with mechanical lubricators which provide interesting extra detail. Witherslack Hall is proving to be the most popular locomotive name followed by Wolf Hall and Lady Margaret Hall.

COVID-19
The COVID-19 Virus has slowed down our production in Korea and has made activity here in the UK very difficult. Both my engineer and I are still in lockdown. No visits or interchange of working together is possible. This makes business activity very difficult, as all preparation has to be undertaken by me. There is no question of travel to Korea (no flights and no travel insurance is available) and I urgently need to go there. No visit has been possible this year and we expect the restrictions on travel to continue for long haul flights for the rest of 2020. So we are working on an alternative plan to get the builds completed. We have despatched a number of locomotives to customers in the UK and elsewhere and more deliveries are expected to take place this week.

I hope that you are all well and are taking all necessary precautions to avoid catching this dreadful disease. Please continue to be careful and look after yourselves and anyone you meet.