The artwork, which was signed-off last month, has been swapped for an older advert in a mix-up at the publishing house. The ad that should have appeared was designed to bring readers up to date with progress on our builds following the fire at one of our South Korean factories, as well as setting out our plans the resurrect the LBSCR/GNR 'Atlantic' build after all the original models were destroyed in the fire.

So here's the advertisement that should have appeared – although the best way to keep up with developments is to follow the Latest News entries on this website! 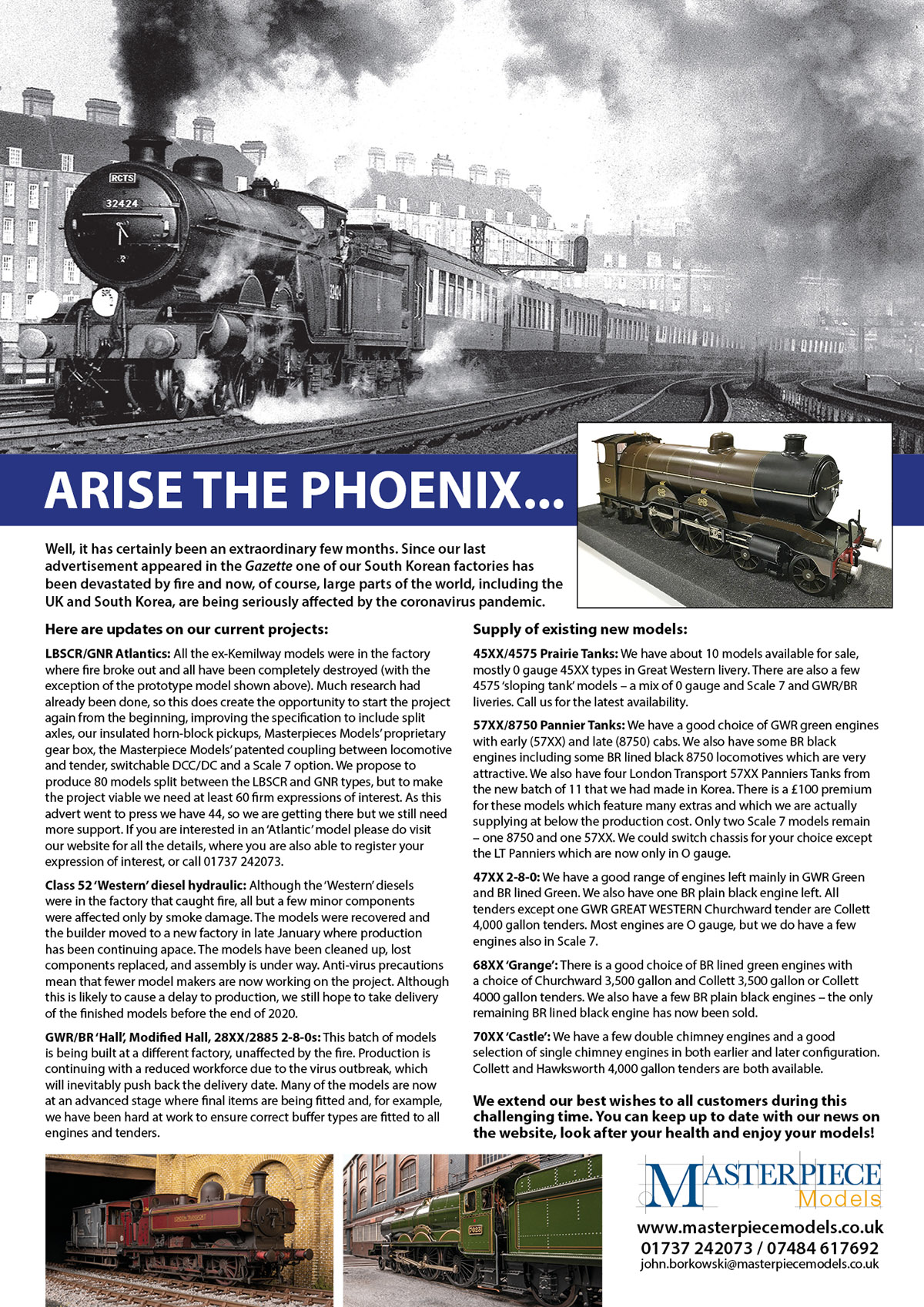